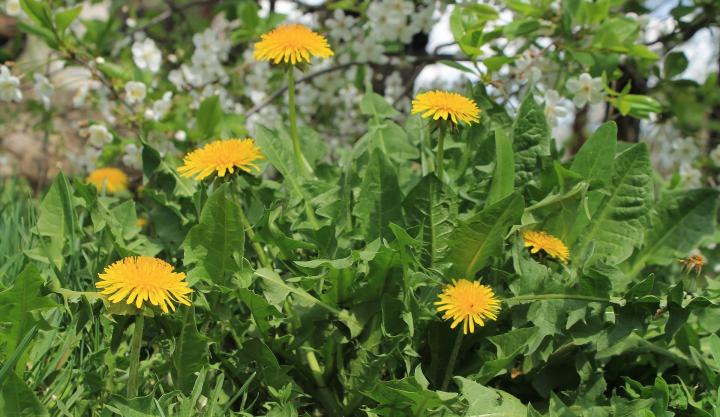 “Who can understand his errors?  Cleanse me from secret faults.  Keep back your servant also from presumptuous sins; let them not have dominion over me” (Psalm 19:12-13a NKJV).

I don’t know if I ever liked mowing the lawn.  Maybe, when I was twelve, when my father asked me to mow the lawn, maybe then it was fun—flirting with independence and responsibility behind a loud and powerful machine.  But the fun didn’t last; mowing, after all, is work.

I’ve always separated mowing from trimming weeds—a poor strategy for perfectly manicured lawns, but there it is:  mowing is work, but weed eating is awful work.  One of my closest and dearest friends worked on a cattle farm during summers while we were in high school.  He told me stories of the foreman asking him to take “the weed-hook” and go chop weeds.  He hated it, I believe, above all other farm related chores.  I struggled to understand his pain since my family did not attach much importance to “weed-eating” (the apple did not fall far from the tree here).  But I get it now—weed-eating is awful work.  So as I finished mowing yesterday, making pass after ever shrinking circular path around my yard on my John Deere mower, those pesky weeds taunted me.  But apparently not enough; they are still there this morning.

Jesus told a parable once (Matthew 13:24-30) of a landowner who sowed good seed in his fields, but one night an enemy came and sowed weeds alongside the good seed.  Later, his workers noticed the weeds sprouting up.  The story is known as the wheat and tares (tares being a word for weeds).  The workers ask the Master if they should pull the weeds, but He replied, “No, lest while you gather up the tares you also uproot the wheat with them.  Let both grow together until the harvest, and at the time of the harvest I will say to the reapers, ‘First gather together the tares and bind them in bundles to burn them, but gather the wheat into my barns’ (Matthew 13:29-30 NKJV).”

It’s easy to think of the parable as an “us against them” story.  We presume we are the wheat—the good seed.  And that must mean others are the tares.  And I think that is a fair understanding.  Other parables and sayings of Jesus are comparative of people, and He implores us to choose the different path, to think differently, to judge differently.  Jesus, near the end of His earthly ministry told a story that at the end of time there will be a great gathering before the throne of the King who will judge the people as goats and sheep with those He found favor with remaining in the kingdom and those who denied Him being cast out (Matthew 25:31-46).  In some sense, some will be judged to be fully tares and some fully wheat.

But in a broader sense I know that I can be both wheat and tares—it is my human condition.  Biologically, wheat and tares are fundamentally two different species and are not the same.  But I am more than biology, and sin lurks within me, hiding as tares until sometimes it shows itself as a sprout, alarming me and possibly confusing or hurting those I love.  In those times I quickly work to root it out, chagrined and chastened by my error and frailty.   But sometimes I just overlook my little tares (aren’t they cute, and they are mine, after all, and we all make mistakes sometimes, don’t we?), forgetting there is a gardener responsible for me, and He will make the true decisions regarding my worth.

The truth is we are lied to and about—and perhaps the most damning and egregious lie is that there is nothing that separates or saves wheat and tares; it’s up to us—the wheat and tares, to choose and decide rightly for ourselves.

Here’s a pertinent Scripture:  “There is a way that appears to be right, but in the end it leads to death” (Proverbs 14:12 NIV).

But here is another pertinent Scripture—full of great hope and truth:  “Therefore, there is now no condemnation for those who are in Christ Jesus” (Romans 8:1 NIV).

I learned a long time ago that when you see the word “therefore” in the Bible, stop and ask what is the “there” for?  In this case, the Apostle Paul, in Romans 7, has confessed that sometimes he acts like tares when all he wants to do is act and be like wheat—one with God, accepting His truth, and desiring only to please Him.  But he fails, over and over and over again—and it creates misery in his life.  He pleads, “O wretched man that I am!  Who will deliver me from this body of death?” (Romans 7:25 NKJV).

My friend, Jesus Christ has paid our tares debt.  And He chose to do that because He loved you and trusted God the Father—and He did that “while we were still sinners” (Romans 5:8).  Jesus gave us His love by yielding His life to a mob and dying on a cross for us—weeds more often than we are ever wheat.  The Father gave us His love by raising Christ from the dead—no longer allowing tares to be our life story and destiny.