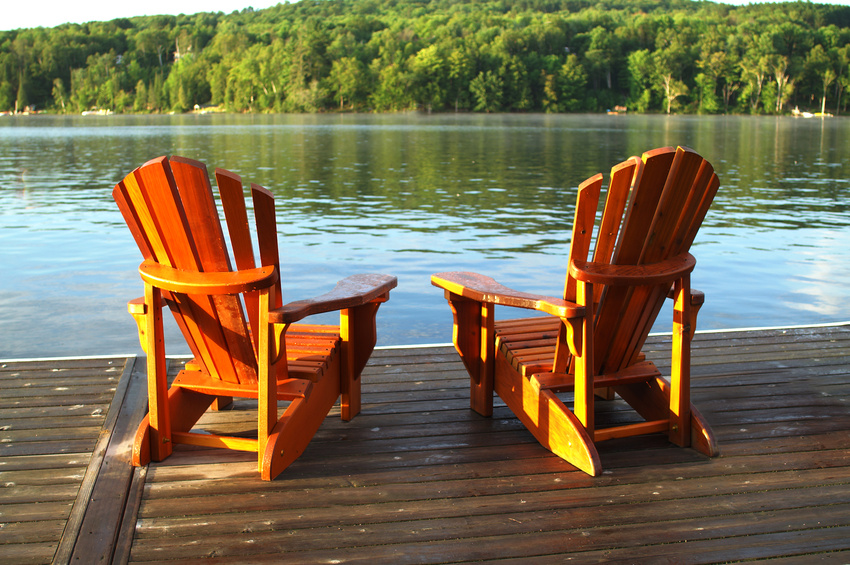 “Blessed are they who keep his statutes and seek him with all their heart. They do nothing wrong; they walk in his ways” (Psalm 119:1b-2 NIV).

Autumn is here, and with the change in season has come football—something I really enjoy. But one cannot watch football without also being exposed to television commercials, and more frequently now than I ever remember, commercials embarrass me.

Last Sunday, watching a Saints game at home with my four young daughters, Levi’s intruded into my family with a commercial touting one important feature of their product is “they unbutton,” and the commercial had a young man and woman demonstrating how and why that might be important. It isn’t only Levi’s of course; much of what is on television or at the movie theater is about sex and lawlessness.

I attended a luncheon today with about twenty men from my church and our pastor observed that church attendance has all but disappeared in Europe. America is moving in the same direction.  The obvious question is why?

Lack of relevance is one response, but I beg to differ. Our culture is no more decadent than the culture in which Christianity first began and flourished.  Helping someone find purpose in life is always relevant; being refreshed in a dry and weary land is an act of love.

America’s movement towards alienation, self-interest, and decadence did not happen overnight, but it seems to be accelerating.

I didn’t like the movie Five Easy Pieces when I first saw it in the late 1970’s; it wasn’t a film audiences were supposed to “like.”  No, the characters portrayed in the film, their life experiences, their prejudices, their inability to cope with responsibility and life choices, their alienation from society and themselves, made it pretty hard to like them.  But it made them memorable to an impressionable young man like me who didn’t know how or where or even if he was going to fit in.

The lead character played by Jack Nicholson was smart, funny, and willing to take enormous risks (or maybe just willing to be nonchalant about consequences), but he wasn’t happy—not by a long shot.  Neither was he useful to himself or anyone else.

There was nothing easy in Five Easy Pieces; rather, the film was uneasy from start to finish, even the more “normal” characters in the film were uneasy misfits.  Why wouldn’t they be—they had no solid foundation upon which to build their lives—no alternative beliefs or causes worth submitting to or aligning with were presented in the film.  The audience saw a montage of life from several vantage points that all bleakly pointed out the same truth:  life is hard and meaningless.  Everyone struggles; we age and get sick, we disappoint and are disappointed, and all the while we work at jobs that are not fulfilling— whether in oil fields or music halls.

That society applauded the film only puzzled me, but I have not forgotten the movie or the disquiet it made me feel. And I see it sometimes as the point of departure for our culture that has continued now for over forty years.

As lunch ended, a friend remarked that God may have taken His hands off of America for a time—but whether for judgment or a call to return to Him is unclear. The Old Testament speaks of God withdrawing His protection from the Hebrews.  There was a time when God left me to my own devices; going my own way was what it took for me to know the depth of sorrow that accompanies living apart from God.

But God delivered me from my self. And that process of repentance and restoration and renewal is remarkable.

So even if Hollywood, ad firms, national television networks, and manufacturers of jeans remain out of touch with me, I know there is a sure foundation upon which to build a meaningful life. That foundation can be expressed in five easy pieces.

1.  “In the beginning, God created the heavens and the earth” (Genesis 1:1 ESV).  My good friend Roger Hall has compiled a list of eight questions whose answers suggest how humans view and understand life and life purpose. The first question each person should ask and answer is “what do I say about God?”  The Bible says we are relevant because we have a Creator; we are not a happenstance occurrence of nature.  Aimlessness is despair, but purpose energizes the soul.

2.  “The beginning of wisdom is this: Get wisdom. Though it cost all you have, get understanding” (Proverbs 4:7 NIV).  Roger’s second question is “what do I say about truth?” In my view,  godly wisdom isn’t much discussed these days.  We have abdicated education to the government.  We have eschewed virtue as being hateful, discernment as divisive and bigoted, and truth as being whatever each believes it to be.  Our disregard for wisdom is costing us all we have.

3.  “There is a way that seems right to a man, but its end is the way to death” (Proverbs 14:12ESV).  Here is a history lesson for you: no ancient civilization is still around.  From the time we began to keep score, civilizations have arisen that have conquered the world.  They have made many discoveries of science and mathematics; they have helped shape our philosophies, our art, and our humanity.  None are still here.

4.  “He has showed you, O man, what is good. And what does the LORD require of you? To act justly and to love mercy and to walk humbly with your God” (Micah 6:8 NIV).  God has not been silent; He has expressed His commandments clearly. We want justice when wronged.  We want mercy when we have wronged another.  We are prideful.  The Scripture commands we do all three, yet apart from God, doing one of them consistently is impossible.

5.  “For God so loved the world that he gave his one and only Son, that whoever believes in him shall not perish but have eternal life” (John 3:16 NIV).  God loves us. He has never stopped seeking after us.  In antiquity, He revealed Himself in power and restraint.  With Christ, He revealed Himself in love and mercy.  God’s gift, given without merit, to a lost and perishing world was Jesus Christ, our sure and certain foundation; an ever present help in times of trouble.

God gives you purpose and relevance. God will save your life.  Five easy pieces to practice, master, and set you free.